DevraNN: I still have a lot of room for improvement – Interview with michael “Devrann” geutebrück from pixlip gaming 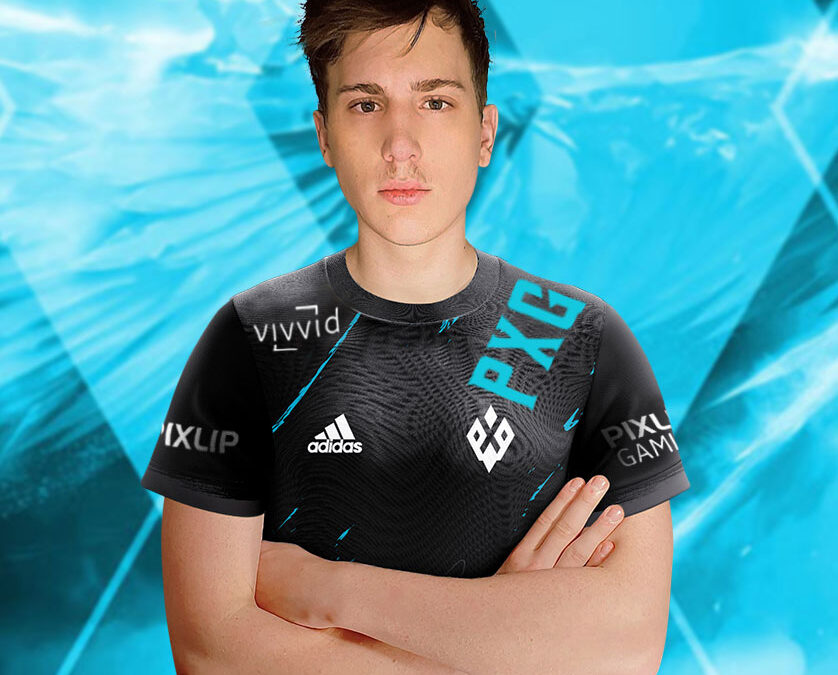 Michael “devraNN” Geutebrück is only 19 years old and already played in the finals of the 99League. We talked to him about how things are currently going for him and the team.

After more than a month, Michael “devraNN” Geutebrück’s team has found a new home with PIXLIP Gaming. In the interview devraNN tells how they found the new organization and what ambitions the organization and he as a player have.

1HP: devraNN, how did it take you so long to find a new orga?

devraNN: We were laid off from Sparx Corona at the end of January, so we didn’t officially have an organization throughout February. But we were already talking to two organizations, one of them was PIXLIP. Originally PIXLIP approached me at the beginning of January to make a cooperation with my stream and then it turned out through conversations that they also want to get involved as an organization in esports. That was a perfect fit and I simply suggested us, whereupon we agreed relatively quickly.

1HP: Do you play as a full-time team at PIXLIP?

devraNN: We play with PIXLIP as a part-time team. For me, that means that I stream a lot on Twitch in the morning and concentrate on the team in the evening. As a result, I end up with a full workday.

1HP: What are PIXLIP’s plans as an Esport orga?

devraNN: In general, this is actually an LED technology company that has really great products. The goal is to spread the PIXLIP brand in gaming, so people can upgrade their gaming room with LEDs, for example.

1HP: You’re now playing your second season with the roster. Are you satisfied with the current state?

devraNN: In principle, we have played quite solidly so far and, for example, managed to get promoted to ESEA Advanced last season after taking second place in the Main. This ESEA season, however, we performed very badly, which was also due to the fact that we couldn’t train for several weeks because of various problems. But in the German leagues we always had a solid performance, in the last United Pro Series we were fifth and in the 99Liga seventh. And currently we are second in the 99League.

1HP: You have now also brought HTMy on board. What will be his task, when will he be used?

devraNN: For the time being he is always in the Pracc to learn and has already played a few times in the Pracc. Apart from that he will also play the remaining ESEA Advanced matchups, because they are not important for us anymore, just so he can gain experience on this level.

Basically, he’s in it to learn and develop and get deployed if need be.

1HP: tahsiN is the veteran in the team. Is his experience important for you?

devraNN: Definitely, he is the main building block in the team. He gives a kind of security for the team and for me as a player. He might not be the mad-fragger of the team individually, but because of his experience, everyone benefits enormously. He’s definitely one of the keys to success with us on the team.

1HP: Who has what role on the team?

devraNN: Originally hyskee was the Main-IGL in the team, but now Tahsin “tahsiN” Broschk has partially taken over the role, so the two share the role a bit. I am of course the AWP, Max “Marix” Kugener the Entry and Kristaps “krii” Bricis mostly does the typical support duties.

1HP: How did it come about that you got two Latvians and a Luxemburger last season?

devraNN: Originally, tahsiN and I wanted to do something together. We came up with the idea last summer. And since I like to play with international players, hyskee wrote to me at some point asking if there was a possibility of making a German-international mixed team with which you could play the German leagues, among other things. We agreed relatively quickly during the talks and that’s how the roster came into being. So the basic building block consisted of tahsiN and me.

1HP: Do all players know German or do you have to announce in English?

devraNN: In the game everything takes place in English.

devraNN: That is on the same level for us. Of course we want to be successful in the German leagues, but the ESEA league is also important to us. In addition, we also want to participate in international qualifiers, for example, to improve our place in the HLTV world rankings, or to be listed at all.

1HP: With what expectation did you start into the 99Liga?

devraNN: Of course we have set the playoffs as our goal in the 99Liga and after the first two match days we are well on our way. Top-4 would be a very good result and from then on just look what goes and step by step get out as much as possible.

1HP: What was it about the show “GamerZ” that you participated in a few years ago?

devraNN: GamerZ was a CS:GO reality show in the Big Brother format at the beginning of 2018. There were twelve talents from all over Europe who lived in a gaming house for thirty days and were coached by Jonatan “Devilwalk” Lundberg and Spawn. At the end of the thirty, five of the thirty players got a professional contract for the Fnatic Academy team.

1HP: Would you say that the show accelerated your career?

devraNN: At the time, it did help me get ahead, because the show got me an invitation to play in what was then the first division of the German Pro League. There I was able to make a name for myself and got my first solid teamoffers relatively quickly.

1HP: Since that show you played in some teams. Are you satisfied with your successes so far?

devraNN: With BIG Omen Academy, for example, I won the Blick eSport Masters in Switzerland with prize money of around 10,000 euros. That was my biggest success so far, and of course I’m proud of it. Apart from that, I finished second in the 99Damage League with ad hoc gaming at the beginning of 2020, where we lost to ALTERNATE aTTaX in the final. That’s something to be relatively proud of. Then I was still with Team Germany with Andre “nookyy” Utesch in Sweden at the ASUS ROG JTR Community LAN Finals. That was pretty much my most exciting event. Other than that, I didn’t really accomplish anything except for some finals participation in ESLM and 99Damage Div 1.

1HP: You are currently streaming every morning from 8am. Unusual time, why so early?

devraNN: Because I have a very regular sleep rhythm, since I’m not someone who stays awake until four in the morning. And since streaming is a second passion of mine anyway, besides Counter-Strike, I want to start streaming right in the morning to get both under one hat in terms of time.

1HP: Do you think streaming and being present is important as a pro gamer?

devraNN: Not necessarily on Twitch, but just being present and building a brand in social media is definitely important. When the “pro career” is over at some point, you still have the opportunity to make money in esports through the brand you’ve previously built over several years. People who don’t do anything for their reach will most likely not be able to do anything in eSports after their gaming career is over. In addition, it is sometimes even more important for the organizations you play for to have players with strong ranges than for someone to distribute abnormal headshots. Being a strong player individually alone is not enough to get really far in eSports.

1HP: Where do you think is your playing limit, what can you achieve as a player?

devraNN: In principle, I would say that 2019 was much better for me in terms of individual performance than I am now. I’ve fallen back quite a bit in terms of individual level over the last 12 months, which is partly due to private problems, among other things. I definitely didn’t make the best of myself but I want to change it for the future and I’m already doing it.

1HP: Where do you currently see your strengths and weaknesses as a player?

devraNN: I am a player with a lot of confidence at AWP. I also try to play more unpredictable than others, as I can use it to my advantage and thus surprise the opponents.

1HP: How would you describe yourself as a player?

devraNN: In general, I’m actually a very quiet guy. But when we have an official, for example, I’m usually one of those who hype up the team so that the atmosphere is always good. Otherwise, I’m a very quiet guy and focus a lot on my own game as well as good communication. However, when we are just hanging out on TeamSpeak I am still up for any fun and also have a very crazy nature.

devraNN: Generally entertaining the viewers with my content and also sweetening their home office or home schooling a bit during the pandemic. Otherwise, just giving people a treat as they can enjoy content early in the morning and maybe get through the day better because of it.